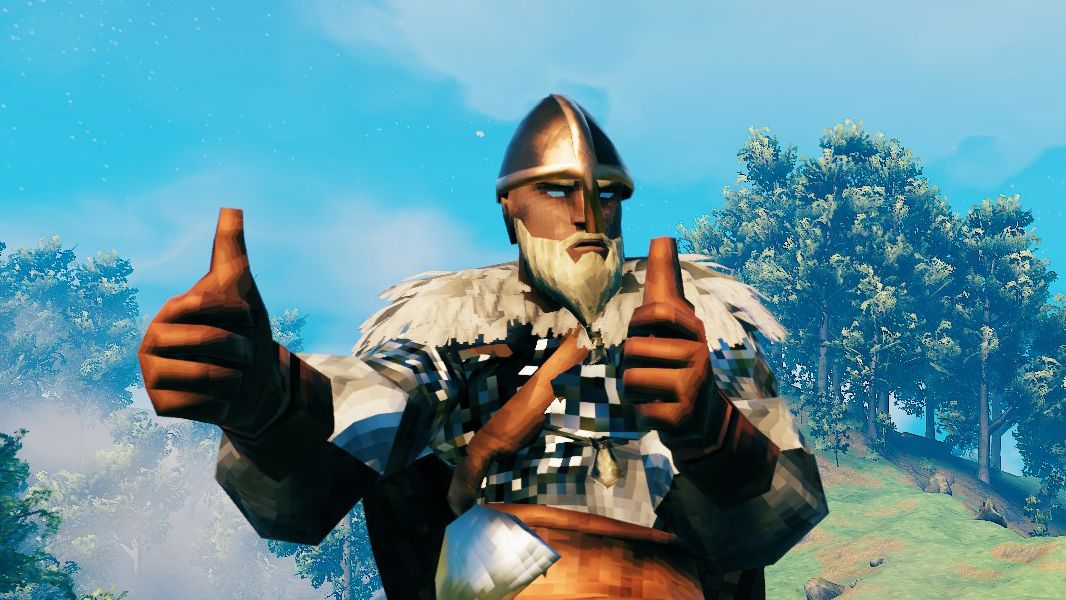 It’s great when a developer listens to player feedback. Really listen, I mean. When players ask for something and the developer responds, it is as if the development of a cooperative game has taken place. Players can really feel like they’ve been part of the game’s development, and the developers have a happy community.

Valheim’s Hearth and Home update just arrived, and with it comes everything we’ve talked about before – a new food system and strategic vomit, a combat and weapon rebalance, and a few changes to health and endurance and their functioning.

But there is something else in Hearth and Home that I will talk about below. And I don’t want to spoil it unless you want it spoiled (or if you’ve already seen the trailer and read the patch notes), then please consider this one of the many SPOILER ALERTS! In short: Valheim players asked for something, and they got it, but Valheim developers gave it to them in a way so perfectly Valheim that I’m really excited to see the players react.

I’m about to start to reveal This thing and I’m going to do it in stages because I’ve been really tickledâin internships-to discover this new addition to the game and see how it works. You might just want to close this article and go snooping on your own. I’m serious. Go away.

Or, you can carefully scroll downâin stages-to slowly learn as much as you want about everything I’m talking about. Don’t hesitate to dodge at any time.

Still there ? Well, here is the first part of the disclose. And that’s hardly one since you can see it when you launch the game, on the title screen, along with the patch notes for Hearth and Home. If you scroll through the notes, you will see, under Items, something new and where to get it.

Thunder stone. (Sold by the trader)

My advice? Go immediately to the Valheim merchant. Bring 50 coins and buy the Thunder Stone.

What is a thunder stone? And what is this for ? One of the great features of Valheim is that you don’t have to unlock crafting recipes by earning and spending XP or playing around with a boring tech tree. Just touching an item you’ve never touched before will instantly give you all of the crafting recipes that item is used for. So when you buy the Thunder Stone, you will be notified of the item it is linked to.

This element is called the obliterator.

When I saw this pop-up on my screen, I thought “Oh. Huh. I think I know what it is.”

For a while now, the Valheim players have had a problem. We’re constantly overloading our small inventories, juggling resources, and throwing excess loot into crates. And sometimes we end up with too much of something and we want to get rid of it. But if you throw items on the ground near your base, they will persist there for a very long time. Players have been asking for a way to properly dispose or recycle unwanted items for some time.

The obliterator. I bet it’s like an item incinerator, I was thinking.

I changed my mind when I got the materials (8 Iron Ingots, 4 Copper Ingots, and the Thunder Stone) to craft the Obliterator. No pinball way this thing is a trash can or even an incinerator. He looks devilish, an insidious twisted piece of black metal with copper tendrils surrounding him. And there is a narrow iron pole at the top that is about 25 feet tall! What the hell?

It can’t be an incinerator, I thought. It is a weapon of mass destruction, a mysterious machine with which man was never intended. It can’t be something to throw garbage in.

No lie: I was really scared to build the thing at my base. I thought it would activate and destroy anything nearby. I thought maybe it was a weapon to wipe out fuling villages or dwarf nests.

So I built Steven’s base on the hill. (Steven is on vacation. Sorry, Steven.)

Last warning! Everything else to mess up is messed up below, probably!

My first guess was correct. The Obliterator is actually an item incinerator. And when I used it, I finally understood why it looks like this. There is a hatch on the top and 21 inventory slots inside. You load it up with the things you no longer want. Then you pull the lever to the side.

There is a click. Then a sudden, menacing roar of thunder. And then Thorâfucking thor– send a bolt of Valhalla and incinerate your trash.

That’s what the huge mast is for! It is a lightning rod. And what could be a more Viking way of destroying unwanted items than with lightning sent from the clear blue sky, courtesy of the God of Thunder.

I think players would have been perfectly happy with a trash can or a simple incinerator. But it’s such a great trash can. For full effect, activate the sound of the gif below:

How do I know it’s really Thor who is incinerating your trash? Well, if you pull the lever and the machine is empty, a message will appear on the screen saying “Thor is frowning at you”. And sometimes when you’ve destroyed something, you get something back. âThor gave you a present. I only got charcoal as a gift, but only tried to incinerate a few different things. Maybe there are items, or a combination of items, that make for a more interesting gift?

I leave it to the experimental patients of Valheim to find out. For now, I’m so glad the players got something they wanted and the developers at Valheim were so inventive about how they delivered it. 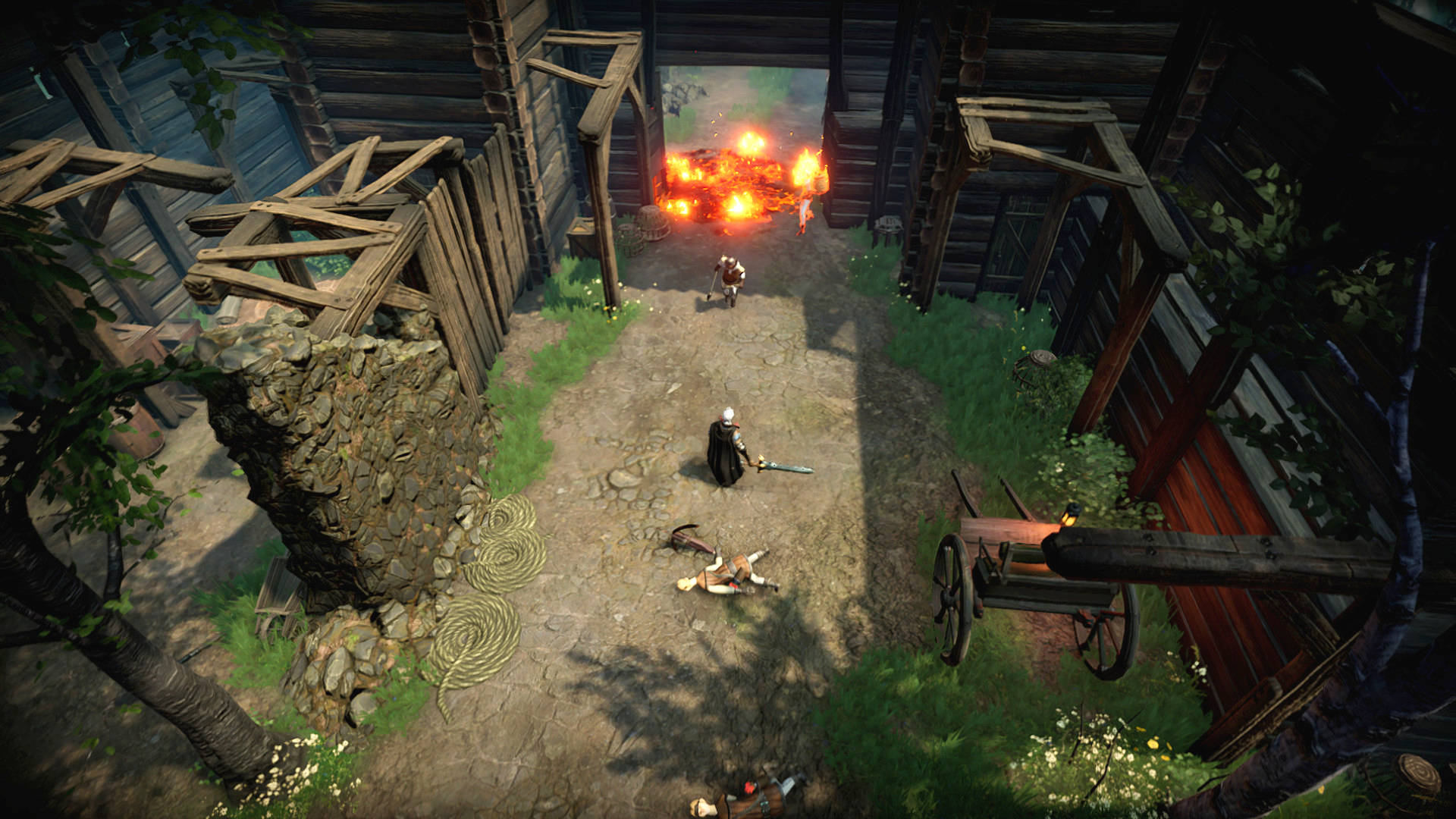