(Washington, DC) – U.S. Senators Jeanne Shaheen (D-NH) and Dan Sullivan (R-AK) celebrated the Senate’s unanimous passage of their bipartisan bill to remove the expiration date from Pro Bono Work to Empower and Represent (POWER) Actwhich was due to expire later this year after being enacted in 2018.

“I am thrilled that the Senate has moved forward this crucial legislation, which is a victory for survivors who are courageously seeking justice. This bill extends the authorization of a pivotal program that incentivizes lawyers to provide pro bono legal services to victims of domestic and sexual violence. As chair of the Senate Appropriations Subcommittee that oversees funding for the Office on Violence Against Women, I have long prioritized measures like this that support those who have experienced sexual violence and trauma. », said Senator Shaheen. “I am pleased to work with Senator Sullivan and this bipartisan group of lawmakers to bring this legislation to the Senate, and I urge the House to act quickly so that we can ensure there are no gaps in the law. access to services for those who need them. ”

“Studies have shown that without legal representation, victims of domestic violence and sexual assault are less likely to obtain a protective order and escape the cycle of violence,” said Senator Sullivan. “Many lawyers are more than willing to volunteer their time and knowledge to help vulnerable survivors navigate the complex legal system. The key is to inform lawyers of the significant need that exists and how they can get involved. That was the motivation behind my 2018 POWER Act—a continuation at the national level of our efforts in Alaska with the choose respect initiative. In the years since the POWER Act came into effect, we have built an army of thousands of lawyers who get women and children out of horrific situations. But the epidemic of domestic violence and sexual assault has not stopped, and neither have we. With the support of my colleagues in the Senate, we will continue to grow this army of lawyers and bring hope and healing to many more victims and survivors across the country and in our great state.

The POWER Act requires the Federal Judicial Administrative Office to submit a compilation and summary of reports received from Chief District Judges detailing each public event held during the previous fiscal year.

Context on the POWER Act:

As chair of the Commerce, Justice, Science, and Related Agencies (CJS) Appropriations Subcommittee, which funds Office on Violence Against Women (OVW) programs, Shaheen led efforts in the Senate. to strengthen services and programs for victims of domestic and sexual violence. — especially through the pandemic. As a Senior Appropriator, Shaheen secured the highest level of funding ever for VAWA programs for five consecutive years. Government funding legislation for fiscal year 2022 also included a bipartisan bill to modernize and reauthorize the Violence Against Women Act assisting domestic violence prevention and support organizations, protecting survivors and promoting safer communities for women and families. Last year she reintroduced bipartisan legislation with Sen. Grassley (R-IA) to build on her legislation which is now law, the Survivors Bill of Rights Act, by urging states to pass legislation guaranteeing the rights of survivors included in federal law. She also introduced a bill to reauthorize legislation to expand pro bono legal resources for victims and survivors. 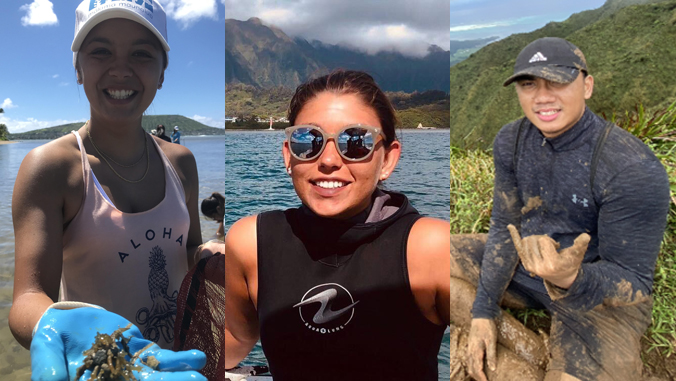 The scholarships support the graduate studies of future environmental leaders