On October 2, we will have a presidential election in Brazil of enormous consequence for the planet. The election will decide, among other things, the fate of the tropical forests of the Amazon region, “the lungs of the earth”.

Luiz Inácio Lula da Silva will seek the presidency for the second time. During Lula’s tenure from 2004 to 2010, deforestation in the Amazon was reduced by 80%.

If his opponent, current President Jair Bolsonaro, were to be re-elected, rest assured that the cattle owners, soybean farmers, loggers, gold diggers and racist landowners who have been responsible for the destruction of the forests will have the full support of the government. (Note: Since there are four other candidates, victory requires securing 50% of the vote. Otherwise, a runoff will take place later in October.)

Bolsonaro has been singularly responsible for the continued destruction of the Amazon and violence against indigenous peoples and their supporters, most recently the murders of a British journalist and his Brazilian guide who were researching a book on the protection of the Amazon.

He has also taken aim at democracy itself, questioning election results in advance, aligning himself with the far right and accusing political and civil society opponents of being “communists”. Bolsonaro’s affection for the two decades of military rule in Brazil (1964-1985) is well known.

A report by the Intergovernmental Panel on Climate Change in 2021 shows that as global warming increases, the ability of carbon sinks to absorb carbon dioxide from the atmosphere decreases. Bolsonaro has ignored this lesson and probably doesn’t care. During his reign, the indiscriminate clearing of forest lands by fires as well as reduced rainfall blackened the earth’s lungs: a carbon sink became a net carbon emitter.

Fires consumed about 5.4 million acres of the Amazon last year, so Brazil saw a nearly 10% net gain in carbon emissions, further straining the capacity of the planet to deal with climate change. “In 40 years,” concludes a study, “the Amazon has lost an area as large as California to deforestation.

Some scientists suggest that the Amazon is now close to a tipping point, where it will become savannah rather than rainforest. According to one reported estimate, the tipping point could be reached within a decade if deforestation, which has already affected 17% of the Amazon, drops to between 20 and 25%.

Bolsonaro is not the first Brazilian leader to put the extraction of natural wealth from the Amazon ahead of the region’s indigenous peoples or the well-being of the planet. Nor is he the first to try to lure the international community with threats to gamble or pay. It’s the old game of thieves: he dangles stolen goods (“the Amazon is ours,” he said) in front of the world in hopes of some compensation he can pocket.

“There must be fair payment for the environmental services provided by our biomes to the planet as a whole,” he says. It’s extortion, and he just might get away with it. Back when Joe Biden was a candidate, he called on the world to offer Brazil $20 billion to end deforestation in the Amazon or face “economic consequences”. Bolsonaro called Biden’s comment a “cowardly threat.”

Let’s hope Biden doesn’t repeat that offer; he is dealing with a carbon criminal.

Lula, by most accounts, will win the next election. Although he is well aware of what happened here on January 6, 2021, he believes Bolsonaro will not attempt a similar coup. Lula said of Bolsonaro: “He’s a badly done copy of Trump. Trump also tried to avoid accepting the outcome. They tried to storm the Capitol. But he had to back down, and I am sure that here in Brazil, the results of the elections will be accepted without any type of questioning.”

Still, rumors abound that Bolsonaro may not accept the results and could stage a coup. “A new class of thieves has emerged who want to steal our freedom,” he said in a speech. “If necessary, we will go to war.” Bolsonaro, a former army captain, has plenty of generals on his side, and some senior military commanders are members of an electoral commission set up to detect and prevent fraud.

Senator Bernie Sanders is concerned enough to craft a Senate resolution to make it clear that the United States “will not support military aid” and “will not recognize an illegitimate government.”

Sanders is absolutely right: Bolsonaro must not repeat the Trump formula of election denial. Otherwise, Brazilians will be condemned to more years of authoritarian rule and destruction in the Amazon.

Mel Gurtov, syndicated by PeaceVoice, is professor emeritus of political science at Portland State University and blogs at In the Human Interest.

A Vision of Peat – Picayune Item 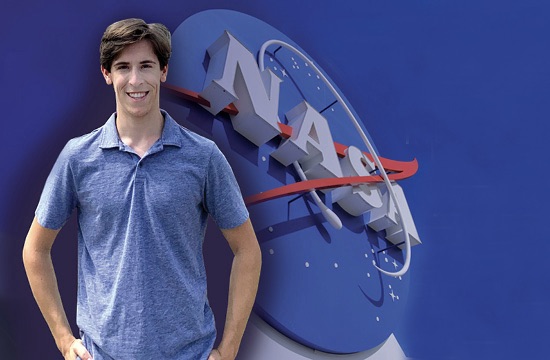