Exam rigging is common in human resource management in Nepal. Here is a typical case

Can a candidate competing for a job consider helping another candidate pass the exam at the cost of their own failure?

Usually no one would.

However, a candidate from Rajapur, Bardiya made his competitor pass the exam for the government teacher post by writing the competitor’s registration number in his answer sheet at the Surkhet exam center.

As a complaint was filed against them, investigators discovered that the candidate and the other candidate sitting next to him were in fact spouses. After this incident, both the wife’s job obtained by the husband taking the exam and the husband’s already existing job as a secondary school teacher are threatened. Investigators say this is a unique example of review rigging in the country’s human resource management.

But, Mani Lal also decided to retake the primary teacher exam and filled out the application form accordingly. As the initials of their name matched and they had also filled out the forms at the same time, their roll numbers approached each other.

When the result came out, Mani Lal could not take the exam. However, his wife Mana Kala adopted him and was appointed as a female reserve teacher at Bheri Secondary School in Dhobinpur, Rajapur.

Mani Lal then took the high school teacher exam and passed it. After that, he was appointed to Mahadev High School in Bajhang and later transferred to Amar Shaheed Dasharath Chand High School in Rajapur.

On September 1, 2019, a complaint was filed with the Commission of Inquiry into Abuse of Power (CIAA), accusing the couple of review rigging. In the complaint filed on behalf of an “Examiner”, it was mentioned that Mana Kala had passed the exam by exchanging answer sheets with her husband, thereby committing an exam rigging, and this case should be done. under investigation and the person responsible should be punished accordingly. .

Then the CIAA opened an investigation. As the investigation progressed, it was revealed that they had been involved in the rigging of the exams, as the complaint alleges. “Mana Kala was not sure whether to pass the exam. Therefore, they exchanged their answer sheets thinking that she would get the post subject to wives if the husband wrote down the answer,” an official said, “them two admitted the allegations. “

Before going to the examination room, Mani Lal and Mana Kala had everything planned. Upon entering the room, he first wrote down the objective answers to the questions. While the exam was going on, the guards began to check their entry cards and introduce themselves.

By then, they had already written down the answers to the questions in the first section and submitted the answer sheets. They had also already entered their registration numbers on the attendance sheets and signed them.

Then Mani Lal started to write the answers in the second and third answer sheets. This time he wrote his wife’s role number in the answer sheet and Mana Kala wrote her husband’s role number. The guards who had already left could not find any trace of their plan and did not suspect them either.

Then they handed in the answer sheets and left the exam room. Mana Kala passed the exam written by her husband. She was appointed a teacher on November 21, 2019 and began teaching.

An official source said Mana Kala admitted to the rigging of the exams in her statement to investigators.

Three days after passing this exam, Mani Lal took another exam for the secondary level of Mahendranagar Center and passed it. He started teaching at Mahadev High School in Bajhang on August 1, 2019.

After some time he was transferred to Rajapur, Bardiya.

The couple were happy because their plan had worked. However, their happiness did not last long. Authorities began investigating the complaint even before Mana Kala’s results were made public and had already received the first clues to prove the rigging of the exams.

Justify the rigging of the exam

According to the indictment filed with the Special Court by the CIAA, Mani Lal had earlier said his wife was devastated after failing the Teachers Service Commission exam interview held in 2013.

Mani Lal had planned everything for the rigging of the exam, believing that his wife would pass the exam and get the job if she wrote it and that it would be easier for the family then.

He had argued that he should not be accused of bribery because he had not taken the exam on behalf of his wife but only exchanged answer sheets.

The couple admitted that they resorted to rigged exams because they believed their children’s future would be in danger if they didn’t have a permanent job and they were both almost reached. the age limit to apply.

The CIAA then tried to match the handwriting on the answer sheets for Mani Lal (secondary level) and Mana Kala (primary level). For this, the CIAA sent the answer sheets to the National Forensic Science Laboratory, Khumaltar, on September 14, 2020.

Then it was revealed that they swapped the role numbers when writing the subjective sections during the primary level exam. And, examination of the citizenship certificate submitted by Mana Kala during the interview confirmed that the two were husband and wife.

After that, the CIAA concluded that the two were involved in the rigging of the exams. The CIAA then filed a corruption complaint with the Special Court, demanding one to three months’ imprisonment and a fine of Rs 10,000 each, in accordance with the Corruption Prevention Act.

The two teachers were suspended because the CIAA named the two defendants.

If the court sentences them for review rigging, it is almost certain that Mana Kala will be fired. Moreover, Mani Lal, who was appointed a secondary school teacher by taking the exam separately, also put his job at risk because if corruption is confirmed, officials will be fired. 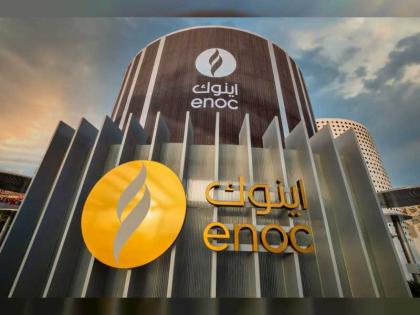