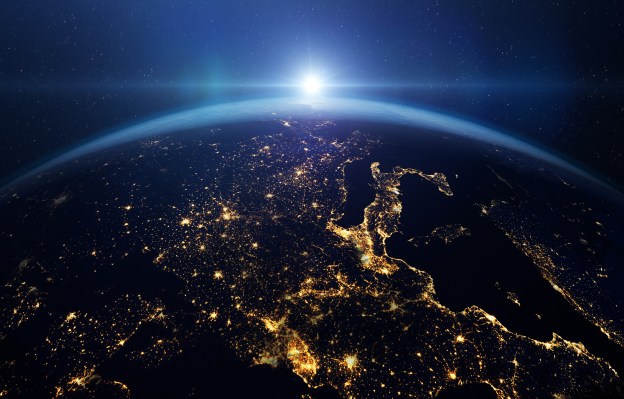 When it comes to geospatial and map data and how it is leveraged by organizations, satellites continue to play a vital role when it comes to obtaining raw information. However, getting that raw data into a usable state for businesses is another story. Today, a Berlin-based startup called LiveEO, which built a satellite analytics platform to do just that, raised 19 million euros ($19.5 million) thanks to strong demand for its technology from companies working in transport and energy infrastructure.

The rise of companies like LiveEO follows a period of rapid commercialization of infrastructure for use in space, characterized by companies like SpaceX but also others building, for example, a new wave of satellites. themselves. As with the broader enterprise computing opportunity, big data players like LiveEO are essentially the second wave of this development: applications built off of this infrastructure.

“Someone needs to build apps for end users to really simplify use and embed this data into processes,” explained Daniel Seidel (left), who co-founded and co-led LiveEO with Sven Przywarra (right). “That’s what we do on a large scale.”

MMC Ventures is leading the investment, which is not tied to a specific round, and in addition to €17 million in venture capital, the round also includes backing from two public bodies, the European Commission and Investitionsbank Berlin. Former backers Dieter von Holtzbrinck Ventures (DvH Ventures), Helen Ventures, Matterwave and motu ventures, as well as new backers Segenia Capital and Hannover Digital Investments (HDInv), are also participating. LiveEO previously raised €5.25m Series A in 2021, and it said that over that time it had tripled its revenue with clients on five continents and more than doubled its headcount to around 100. , with more than half of these engineers and data scientists.

As a German startup, LiveEO is part of a small but growing group of startups in Europe that is capitalizing on the growing interest in the space among investors in recent years, despite greater pressures on tech funding. Relatively speaking, however, the sums are still modest compared to other areas of technology: LiveEO claims that this €19 million round is one of the largest in the field of Earth observation technology. Earth in Europe. LiveEO is focused on business, particularly industrial applications for its analytics – although given the geopolitical landscape and how this is bringing in a new crowd of interested parties playing the role of financiers to drive its growth, it will be interesting to see how it develops.

LiveEO’s platform bridges a specific gap between space technology and enterprise data. Satellites are collectively producing more data about our world than ever before, covering not only physical objects in great detail, but also thermal progressions, how systems move, and more.

Ironically, much of this data is highly locked down when it comes to companies using it: given the fragmentation of the satellite industry itself, the data is not only often in very raw, but also come from multiple sources, so get it in forms that can be integrated into existing computer systems and more specifically (and more delicately) computer systems that integrate with the infrastructure that is the backbone of many Industrial deployments – not to mention analyzing it for insights – are all important tasks, so much so that opportunities to do them often go unrealized.

The core of the company’s platform brings it all together, in what LiveEO describes as an “infrastructure monitoring suite powered by satellite imagery.” It’s about taking Earth observation data produced by satellites and applying AI to it to analyze it in the context of what LiveEO’s industrial customers – including major rail companies like Deutsche Bahn or the energy company e.on – seek to better understand.

This could include data on vegetation hazards on railways or other lines; ground deformation; or other physical movements or activities; and this also includes the ability for a LiveEO user to directly integrate this data to connect to their own IT management systems for their infrastructure, for example those that monitor systems to ensure they are operating as they should. He also presents his solution as being greener: using satellites to obtain the type of geographical data that these industrial applications need means that it is not necessary to use teams and vehicles in the field for the get it other ways.

“One of the big advantages of satellite data is that we don’t need to install hardware at the infrastructure level itself,” Przywarra said.

This data, they believe, is also more complete: as Seidel describes it, combining terabytes of data from multiple sources means it’s not just 3D, but “4D” – with thermal detail and others available, “is like the difference between using an image from a smartphone and a high-end, high-resolution camera.”

All of this is also still a relatively new area, Przywarra added. “Before Google Earth, satellite maps were only used by experts,” he said. “We allow more non-experts to use satellite data. We make it accessible and usable.

Lead investor MMC is one of the largest deep tech investors in Europe, and it is notable that it is focusing on this area as an opportunity.

“We are excited to lead this round for LiveEO and it reflects MMC’s continued focus on emerging datasets and companies developing AI analytics to power core business decisions,” said Andrei Dvornic, Director of MMC Ventures, in a statement. “LiveEO offers an essential tool that paves the way for sustainable industry automation, and we wholeheartedly support the company’s vision of leveraging satellite technologies, big data and the latest intelligence developments. to help businesses adapt to the challenges posed by climate change.”

Updated to fix this is not a series B