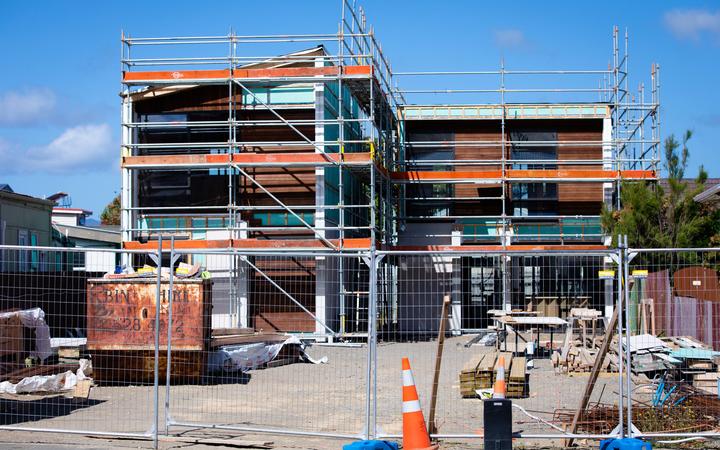 Amendments to the Resource Management Act facilitating the construction of houses in the country’s largest cities passed final reading in parliament with all-party support.

Labor and National worked together on the legislation.

The only party that voted against the bill was ACT, arguing that it will do nothing to resolve the housing crisis.

From August next year, Auckland City Council, along with Hamilton, Tauranga, Wellington and Christchurch City Councils, will have to allow up to three houses, up to three stories high on the vast majority of buildings. sections – without the consent of resources.

Environment Minister David Parker said it would allow houses to be built earlier, in places people want to live.

âWe have been hearing for many years that too many Kiwis are being excluded from the housing market, they will see this bill as yet another opportunity to get a foot on the housing ladder and get a healthy and secure home to own or for rent, “he said.

PwC modeling has predicted that the new rules will provide around 48,000-105,000 new homes over the next five to eight years.

National and Labor announced the bill together in October in a rare display of unity.

However, not everyone is happy with the speed taken to get the bill through before the end of the year.

The review at the select committee stage took weeks rather than months, but National deputy chief Nicola Willis said the comments had been taken into account.

âWe have made changes to allow for landscaped spaces, to allow for larger outdoor living and outlook spaces and to reduce the height of the units from the boundaries,â she said.

Nicola Willis said changes have also been made to ensure that local authorities can use their discretion to exclude areas that are not suitable.

âAreas for example which have been subjected to natural risks, areas which have a particular historical heritage, areas which could not support the level of housing implied by this bill.

But ACT spokesperson for housing, Brooke van Velden, was not only unhappy with the speed of the legislation – she was also questioning the National-Labor deal.

“This is why they stood up to have a bipartisan approach, because they wanted to abandon mutual attacks on an issue on which they have no credibility,” she said.

Van Velden said the bill did nothing to address the infrastructure problem.

“The ACT party wants to build more houses, but we don’t want more sewers on the streets,” she said.

Parker, however, dismissed ACT’s criticism, saying that a supposedly libertarian party should not oppose deregulation.