The draft law on disability from Tuesday to the Assembly. 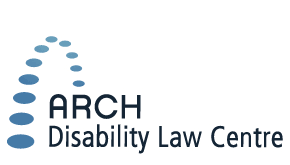 he integration of people with disabilities is one of the three major projects of Jacques Chirac’s quinquennium. This text raises, beyond a consensus on many specific measures, the discontent of associations.

PARIS, May 29 (AFP) – MPs will consider from Tuesday, at first reading, the draft law for disabled people who, beyond a
consensus on many ad hoc measures, still arouses the discontent of the left and the associations concerned.
Presented as the centerpiece of the integration of the disabled, one of the three major projects of Jacques Chirac’s five-year term, this text establishes a disability compensation service aimed at providing individualized responses in terms of equipment. or human help.
During the examination in committee, the deputies wished to extend considerably the scope of this measure, already widened by the senators in February.
They first adopted an amendment allowing this benefit to be provided in cash, not just in kind, so that the beneficiary “has more flexibility to use it as he sees fit,” says the rapporteur. Bill, Jean-François Chossy (UMP, Loire).
Above all, they voted for amendments to remove the age and resource requirements of the original text. But these initiatives, such as the reduction to 5.5% of the VAT rate on technical aids (armchairs
etc.), could run into the application of article 40 of the Constitution, which prohibits parliamentarians from exacerbating public office, unless the government agrees.
Mr. Chossy declares himself “rather contrite” by this problem, stressing that this threat is agitated “at each line” while the text is supposed to be financed “by a new deal”, the National Solidarity Fund for the autonomy, which must be fueled by the product of the “solidarity day”.
The problem of financing is obviously raised even more vigorously by the opposition, which is also worried about the one posed by the tens
decrees of application that will be necessary later.
There are two other important parts to the text.
First of all, it is the creation of departmental houses for the disabled, a kind of one-stop-shop for information to simplify administrative procedures.
The text also proposes numerous measures to facilitate the accessibility of the disabled, both in buildings and
only in the worlds of education or work.

Well aware of the problem of the decrees of application – the founding law of 1975 still awaits some – Mr. Chossy proposed an amendment obliging the public authorities to publish them this time within six months after the promulgation of the law .
Beyond these concerns, the left expresses global dissatisfaction, joining most disability organizations, some of which
will demonstrate Tuesday in Paris.
PS deputies are “very reserved,” says Hélène Mignon, who “does not understand” the refusal of the government to adopt the broader concept of “people with disabilities” instead of “disabled people”, as the have done the World Health Organization (WHO) and the European Union.
“This law lacks breath and ambition,” says Daniel Paul (PCF), for whom the text retains “an outdated medical definition”. According to him, people with disabilities demand “social justice and
citizenship”.
While sharing these criticisms, Claude Leteurtre (UDF) considers that this text “will be a good law” and believes that his group will vote for a favorable vote.
df / FA / thm

[BI] «All rights of reproduction and representation reserved © (2003) Agence France-Press.All the information reproduced on this page is protected by intellectual property rights held by AFP. Therefore, none of this information may be reproduced, modified, reposted, translated, exploited commercially or reused in any way without the prior written consent of AFP. AFP can not be held responsible for delays, errors, omissions that can not be excluded, or the consequences of actions or transactions made on the basis of this information. . “

Prev post Isabelle (Koh-Lanta):My disability put me on the sidelines
Next post Indifference in the face of disability: collective hunger strike

9 ways to get money to start

Take care of your finances