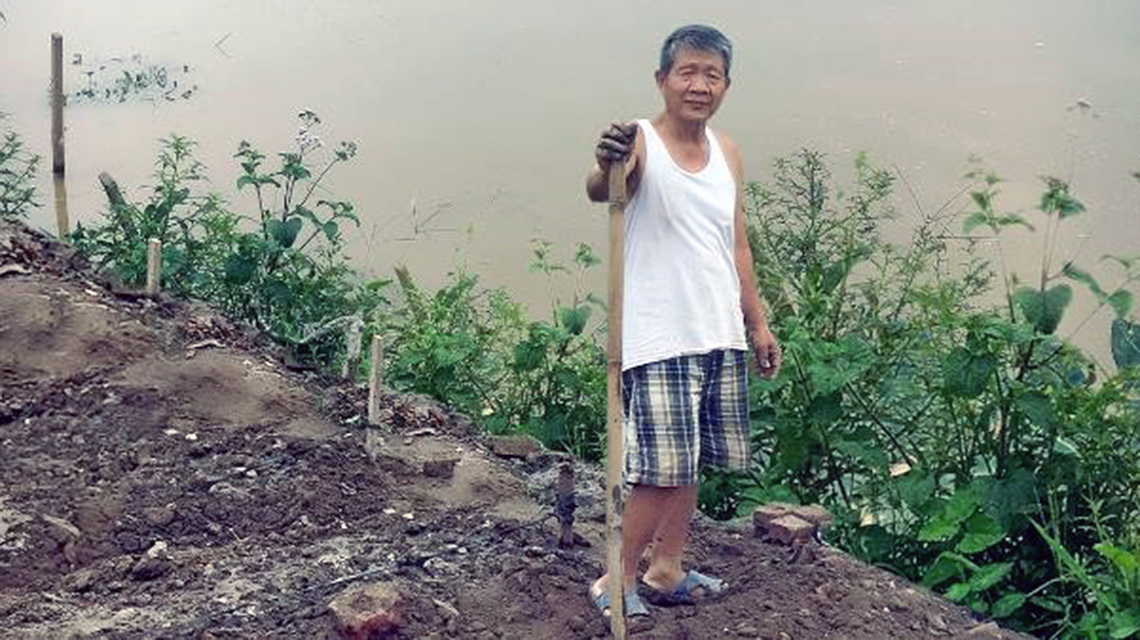 NPK fertilizer applied in large quantities to rice one month after planting could cause eutrophication of receiving water bodies. (Photo: Institute of Nuclear Science and Technology, Hanoi)

By sampling the water from the streams and ponds upstream of the Nhue River where different vegetables and crops are grown and determining the isotopic composition of the water and nutrients, the scientists were able to trace the flow of pollution (see Use of ‘stable isotopes to trace agropollutants in water) and could make recommendations to farmers who used more fertilizer than their crop could absorb, with excess chemicals ending up in the streams and ponds feeding the Nhue.

Based on the nitrogen isotopic results, soil scientists can determine when to apply fertilizers and in what amounts, depending on the needs of plants throughout their life cycle. By following this practice, fertilizer runoff has been reduced and in some cases pollution and eutrophication have been reduced completely.

Since 2011, SFRI has organized training on synchronization and fertilization techniques adapted to 500 farmers as part of a pilot project. Farmer Do Trong Thang, one of the participants, said: âNow I know we were wasting a lot of our money because the fertilizer spreading was not done the right way, with up to 70% of the fertilizer escaping from the fields. due to volatilization, leaching or runoff. Farmers could cut the amount of urea (nitrogen fertilizer) applied to crops in the region by more than half, from 75,130 tonnes to 34,560 tonnes per year.

âWater degradation is not fully resolved, however, as industrial pollution and household wastewater also end up in the river. But in the meantime, the water quality has already improved somewhat and the impact will increase as more farmers participate in the program, âsaid Dr Duc Nhan Dang, Institute’s project counterpart. of Hanoi Nuclear Science and Technology.